Bonnet turban  There are 12 products.

Whether it is cultural or a fashion asset to complement an outfit, there are all shapes, colours and styles to choose from. You may not know which turban to wear or which scarf to put on. But which turban to adopt? ...

Whether it is cultural or a fashion asset to complement an outfit, there are all shapes, colours and styles to choose from. You may not know which turban to wear or which scarf to put on. But which turban to adopt? And how to put it on? We're here to answer that question together.

Which turban to adopt? :

Put on a turban:

The fashion for the turban, whether traditional or cultural, is still going strong. Many women opt for the cross turban that they put under their hijeb, perhaps a turban cap, they add a veil that they tie like a modern turban. Some major luxury brands have even adopted turban fashion, it has become common to see turbans in haute couture shows.

Whether it is with a big bow or with pearls, the turban can be worn on all occasions depending on the style chosen. It has become a must among the fashion accessories in our wardrobe. From cultural roots among Muslim women for example the Muslim turban is an alternative that they sometimes use in certain circumstances.
Whether it is a turban cap or a turban veil, it is adopted by women all over the world.

We can therefore call it the international turban! Its attractive price has also made many happy. Indeed the turban bonnet is a very accessible accessory because of its very affordable price which makes it accessible to a wider public.

Or buy a cheap turban? :

The Muslim bonnet marks the beginning of the era of turbans.

This bonnet, which costs a few euros, has become a staple for Muslim women. It has therefore become a must have in the dressing room of all women who follow fashion step by step.

It is undoubtedly a major asset for everyday life or for the festive season. The cheap turban is also an excellent alternative when we don't necessarily want to do our hair, but also for some Muslim women at work.


So let yourself be seduced by this turban that meets all the criteria. This modern turban whether it is crossed or of an atypical material such as wax or muslin or through jersey. There is something for all tastes and colors. It's up to you to shape it the way you like it. We would like to remind you that our site offers promotional articles and accessories all year round. Take advantage of this opportunity to get the latest turban to wear or cross turban. To try it is to adopt it!

How to put on the turban cap and the crossed turban?

If you wish to wear the turban in bonnet only, you will have to make sure that your hair is well tied up with strong clips, but also with an elastic band to prevent your hair from falling out of the turban easily.

However, the best Hijab remains the Hijab, if you absolutely want to keep your turban, we recommend that you come with a flowing hijab either in muslin or Jersey that you can cross over, for better coverage and to get as close as possible to the conditions of the Hijab. 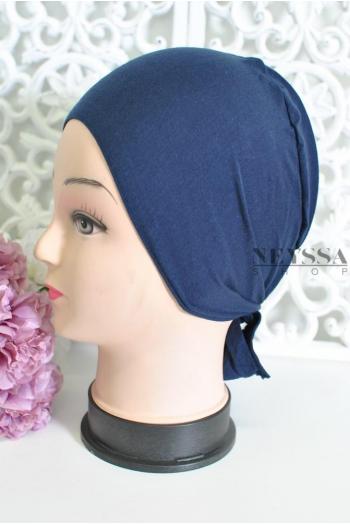 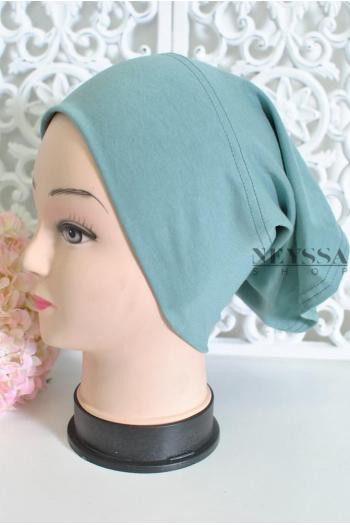 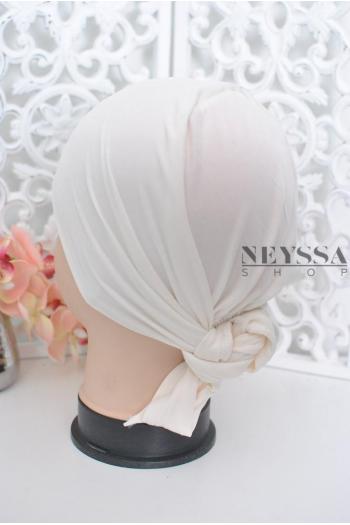 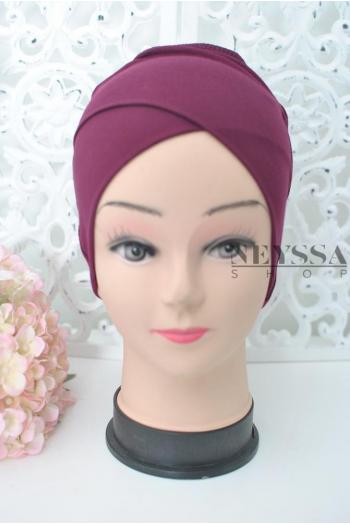 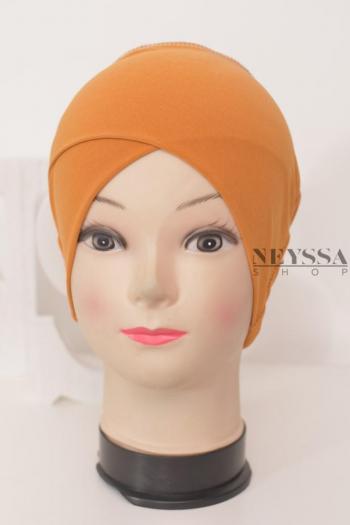 Lycra Criss-Cross Hijab Headbands
0 Review(s)
For fans of headbands under hijab, here is a 2in1, a single headband which will give you the result of two overlapping headbands. The little extra of this headband is that it can be worn on the crossed side or on the single side, as you wish.Headband that will make the base of your hijab style
2,07 € 2,30 € -10%
Reduced price!
In Stock
Quick View 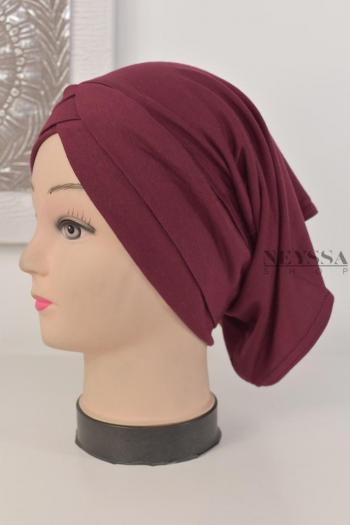 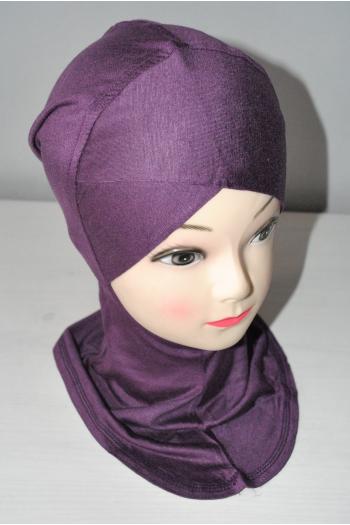 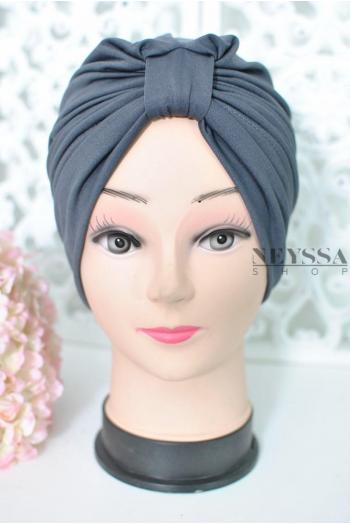 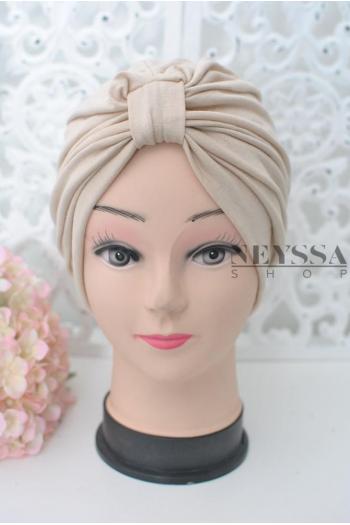 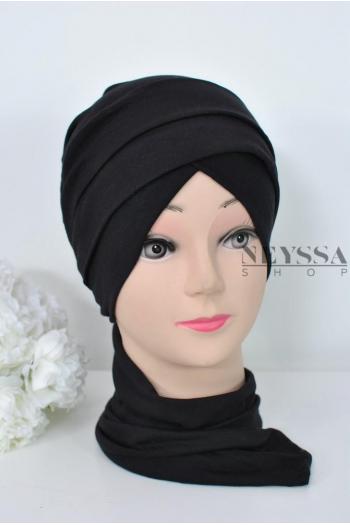 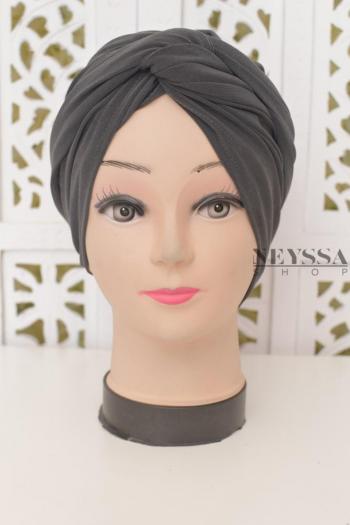 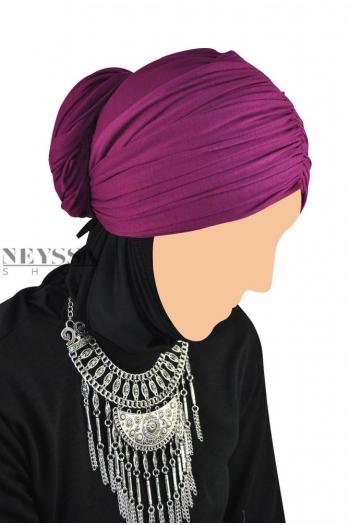